Attorney Garry Masterson focuses his practice on bankruptcy recovery, including bankruptcy fraud, risk assessment, and real & personal bankruptcy matters. Prior to serving in his current role, Garry supervised the firm’s bankruptcy department.   Attorney Masterson earned his J.D. from Concord Law School at Capital University in 2013, and his undergraduate degree in history from The Ohio State University in 2002. He is licensed throughout California, New York, Ohio, and Pennsylvania. You can reach attorney Masterson at 216.672.6984 or via email. 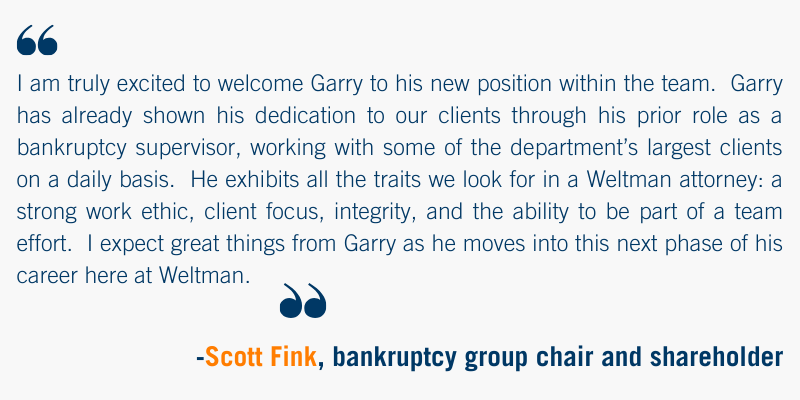 Attorney Alexander C. Weinberg joins the Weltman’s Real Estate Default Group, providing solutions for foreclosure alternatives, foreclosure & eviction, and real estate litigation and defense. His strong background in real estate varies from small-sized firms to large corporations, making him a great addition to the firm. Attorney Weinberg earned his J.D. from Capital University Law School in 2012. He had previously received his undergraduate degree in Political Theory and Constitutional Democracy from Michigan State University. Attorney Weinberg can be reached at 216.335.5354 or via email. 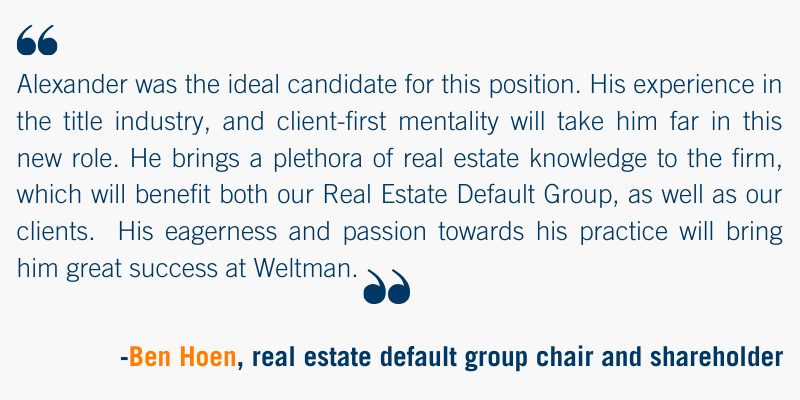 BankruptcyReal Estate
On December 27, 2020, the Consolidated Appropriation Act (CAA) was signed into law and provided further assistance for both borrowers who entered into such forbearance, as well as lenders.
END_OF_DOCUMENT_TOKEN_TO_BE_REPLACED
Alerts / 25 January 2021

Get the latest articles and news delivered to your email inbox!
END_OF_DOCUMENT_TOKEN_TO_BE_REPLACED