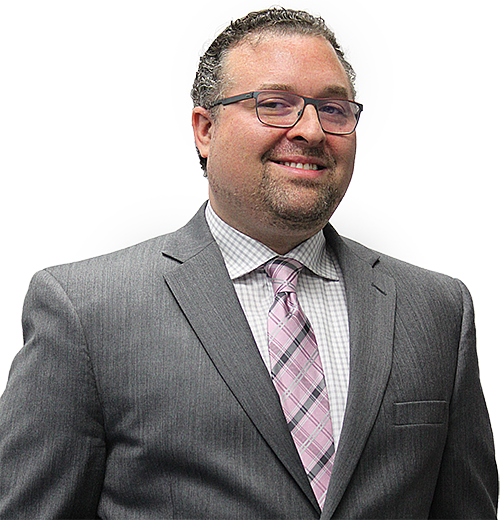 Ben counsels his clients on the most advantageous real estate default solution for their unique situation.

Initially joining the firm over 20 years ago, Ben has been an integral part of its Real Estate Default Group and its success. With consideration of his commitment to both the firm and its clients, Ben was promoted to shareholder in 2017, where he continued to excel as an attorney. In early 2020, Ben was named as the firm’s new Real Estate Default Group leader, overseeing the department’s overall performance and client satisfaction.

Ben provides real estate default services for a wide range of financial institutions, from large national banks to community banks, credit unions, and private lenders. His clients trust him to help maximize loss mitigation initiatives, ensure compliance with investor guidelines as well as federal and state regulations, and optimize the recovery of assets. Ben’s attentiveness to his client’s needs, his ability to find solutions to complex legal issues, and his clear and timely communication ensure a smooth and timely foreclosure process. His longstanding client relationships are a testament to his solid work ethic and strong results.

Ben received his First Rabbinical Degree from Central Yeshiva Tomchei Tmimim Lubavaitz, before graduating cum laude with his J.D. from Cleveland State University Cleveland-Marshall College of Law. He is well respected in the legal and local community, with multiple affiliations, including the Ohio Bar Association, the Michigan Bar Association, and the Pennsylvania Bar Association. Additionally, Ben sits on the Cleveland Heights Board of Zoning Appeals, the Cleveland Heights Housing Council, and the Board of Trustees at Congregation Zemach Zedek of Cleveland Heights - amongst other organizations. He has been named in six consecutive editions of the Ohio Rising Stars List (2011-16), an honor awarded annually to no more than 2.5 percent of attorneys in the state.

Ben was born in Cleveland, and although briefly living in California, New York, London, and Israel, he found his way back to the 216, where he currently resides. Like any true diehard Clevelander, he loves the pain and suffering of Cleveland sports – and yes, he will always refer to Progressive Field as “The Jake.” One of his favorite memories is when the Cleveland Cavaliers won their first championship in franchise history in 2016. Ben is the oldest of six and is now a father of five children and one pet turtle. In his free time, he enjoys hiking in the Cleveland Metroparks with his family, grilling, and watching Star Wars.