A judge in the Eastern District of Pennsylvania refused to grant Wells Fargo’s motion to dismiss in Perlberger Law Associates (PLA) v. Wells Fargo. This decision suggests that a tort claim against a bank based on the wiring of funds at a client’s direction may not be  preempted by 13 Pa.C.S.A. § 4201 (§ 4201). § 4201 states that until a bank’s approval of a financial instrument is final, settlement is conditional. Existing Eastern District of Pennsylvania case law held that until a bank deposit is finalized, a bank “may charge back the credit and obtain a refund.” This litigation stems from Wells Fargo’s attempt to avail itself of these two legal principles to remedy the illegal actions of a third-party. The third-party figure was a fraudulent actor who wrote a $199,550 check to PLA. Once the check was credited to PLA’s account at Wells Fargo (but before the $199,550 deposit became final), the fraudulent actor directed PLA to wire the funds to an account overseas. PLA did so from its’ Wells Fargo account. After the funds were wired overseas, Wells Fargo learned that the original check was forged. As a result, the bank charged back the $199,550 credit, attributable to the fraudulent check that it had applied to PLA’s account.

In an effort to recover these funds, PLA initiated litigation against Wells Fargo, arguing (among other things) that an implied contract exists between them and Wells Fargo. PLA asserted that the terms of the agreement required the bank to utilize certain fraud detection methods and verification protocols when wiring funds on their behalf. PLA asserted that Wells Fargo breached this implied contract by not using these anti-fraud tools to investigate the transactions in question.

Unlike PLA’s other arguments in the case, the court refused to dismiss the breach of contract claim. The court reiterated existing Pennsylvania case law in finding that establishing a bank account can create an implied contractual relationship. The court left open the possibility that the terms of this implied agreement may include the performance of delineated types of due diligence when wiring money. Wells Fargo argued that § 4201 preempted any potential breach of contract claim in this matter. More specifically, they argued that as settlement had not occurred, PLA did not have ownership of the funds, thus permitting Wells Fargo to recoup the funds attributable to the dishonored check. The court disagreed, stating that § 4201 might not apply when a plaintiff alleges that a bank failed to utilize fraud detection methods. Without the shield provided by § 4201, the court indicated that a bank’s failure to properly scrutinize a client’s request to wire money might lead to a breach of contract claim against said institution.

The limits of § 4201’s coverage regarding fraudulent overdrafts can’t be conclusively determined by examining a decision regarding a single dipositive motion made early in the proceedings. In its ruling, the court noted the limited record along with a desire to allow for further development of facts. With a more complete set of facts, it is possible that the court will conclude that PLA’s claim is preempted by § 4201. However, at a minimum, this case serves to underscore the necessity of engaging in due diligence when wiring money on behalf of a client. Ultimately, it may open the door to a new source of legal liability faced by financial institutions.

We are monitoring this case closely and will provide timely updates as it proceeds. In the meantime, if you have questions or want specific insights on this blog’s topic, please contact Andrew Condiles.

This blog is not a solicitation for business and it is not intended to constitute legal advice on specific matters, create an attorney-client relationship, or be legally binding in any way.

Bankruptcy
As a creditor, you may be wondering: When is the right time to proceed with a motion for relief from stay? How will I know the right situation to send a reaffirmation agreement? These questions can leave you feeling like you're at a standstill.
END_OF_DOCUMENT_TOKEN_TO_BE_REPLACED
News / 31 August 2021

Probate Recovery
Weltman, Weinberg & Reis Co., LPA, a full-service firm specializing in creditors' rights, announces shareholder Scott Weltman as the new chair for the Probate Recovery Group. Based out of the firm's Cleveland office, Scott has been with Weltman for nearly 30 years.
END_OF_DOCUMENT_TOKEN_TO_BE_REPLACED
News / 26 August 2021

Get the latest articles and news delivered to your email inbox!
END_OF_DOCUMENT_TOKEN_TO_BE_REPLACED 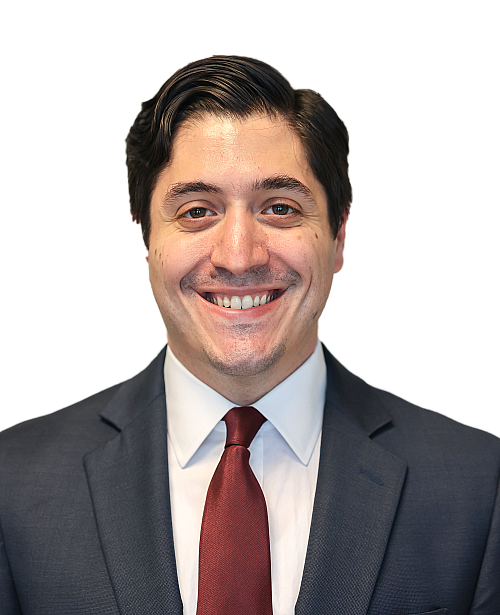