The Enforceability of "Evergreen Clauses"

An increasing presence in contractual transactions is the automatic renewal clause known as the "Evergreen Clause." An Evergreen Clause allows for an agreement to continue for a defined period if the existing agreement is not renegotiated or properly cancelled within a specified time. Evergreen Clauses can be found in both consumer and commercial contracts, including Residential Lease Agreements, Advertising Contracts, Gym Memberships, and many other service-based agreements. The question is whether Evergreen Clauses are enforceable, as their effect is to automatically bind a contracting party to an agreement beyond the original contract term.

Typically, an Evergreen Clause takes the following form in a contract:

Each Term shall automatically renew for subsequent period of the same length as the initial Term unless either party gives the other written notice of termination at least (30) days prior to expiration of the current term.

Under this clause, a customer would have to notify the service provider, in writing, that they did not want to renew the contract at least 30 days prior to the current term. If the customer did not comply with the notice requirement, the contract would automatically renew.

Why would businesses incorporate such a clause into its contract? An automatic renewal clause provides ease of continued business relations without the need to renegotiate contract terms. For example, a manufacturer may depend on a specific material from a supplier to complete its product. The existence of an Evergreen Clause in the manufacturer’s contract with its supplier would allow the manufacturer to continue to receive a steady stream of material without halting production to negotiate a new contract or locate an alternative supplier; or at least promise both parties a minimum window of time in which to plan and make other arrangements, should their business relationship change.

Not surprisingly, the enforceability of Evergreen Clauses can depend on the jurisdiction and the subject matter of the contract itself. The California legislature has enacted The California Automatic Renewal Law, California Business and Professions Code Sec. 17600 et seq. This law only applies to consumer-based contracts entered into within California and further requires that automatically renewing charges for subscription services be disclosed in a "clear and conspicuous" manner, which means that it must be more conspicuous than the surrounding text and in close proximity to the signature line. The extraordinary remedy for a service provider failing to comply with this provision is that any additional services provided to the consumer will be deemed an "unconditional gift." Other states have similar "clear and conspicuous" requirements in automatic renewal provisions. See Illinois 815 ILCS 601; North Carolina General Statutes Sec. 75-41; Louisiana RS 9:2716; Oregon RS Sec. 646A.295.

New York has taken the "clear and conspicuous" requirement one step further by requiring the service provider to notify customers at least 15, but not more than 30, days prior to the renewal that the provision in the clause is to be activated. See New York General Obligations Law Sec. 5-903. This notice must be served on the customer personally or via certified mail and failure to comply will render the automatic renewal unenforceable. The New York statute only applies to contacts for service, maintenance, or repair, but the customer can be an individual or a business.

Ohio does not have a specific law governing Evergreen Clauses.  However, an Ohio case illustrates how the notice requirement within an Evergreen Clause can affect its enforceability. In Hackman v. Szcygiel, 2006 Ohio 5872, the Tenth District Court of Appeals held that an automatic renewal clause in a residential lease contract did not apply even though the tenant did not provide notice in compliance with the lease terms. In that case, the lease agreement provided that a one-year lease term would automatically renew with a 10% rent increase if notice of non-renewal was not received by certified mail 120 days before the term ended. While the tenant failed to send the required certified mail notice within the prescribed time-period, the tenant did advise the landlord that he did not intend to renew the lease. The tenant went on to occupy the unit for another 5 months while paying the original rent amount. The Appellate Court upheld the Trial Court’s finding that the lease converted to a month-to-month tenancy despite the tenant’s failure to provide notice as required by the contract. The court reasoned that strict enforcement of contractual language requiring a written notice of an intent not to renew a lease agreement can be both hypertechnical and unconscionable. The purpose of requiring notice is not to be hypertechnical, but instead to create certainty. The court held that the landlord had actual notice of the tenant's intentions even without compliance with the notice requirement in the Evergreen Clause.

While courts will generally uphold Evergreen Clauses found within a contract, there are many factors that may be considered when determining their enforceability, including jurisdiction. As discussed, states may enact their own laws placing conditions on the enforceability of Evergreen Clauses and the notice requirements contained therein. Therefore, anyone wishing to determine whether an Evergreen Clause is enforceable or valid should consult their state law or an attorney.

Consumer Collections
Creditors dealing with defaulted debts often deal with the same quandary: how to quickly take possession of the property to offset the debt. However, it's possible for your collateral to be at risk in criminal matters, and even in possession by a third party such as a repair shop, government agency, or a family member.
END_OF_DOCUMENT_TOKEN_TO_BE_REPLACED
Alerts / 31 January 2023

Bankruptcy
A recent decision out of the District of Kansas highlights the dangers mortgage lenders face when failing to file the appropriate Notice of Mortgage Payment Change and/or failing to respond to a chapter 13 trustee's Notice of Final Cure.
END_OF_DOCUMENT_TOKEN_TO_BE_REPLACED
View More Publications

END_OF_DOCUMENT_TOKEN_TO_BE_REPLACED 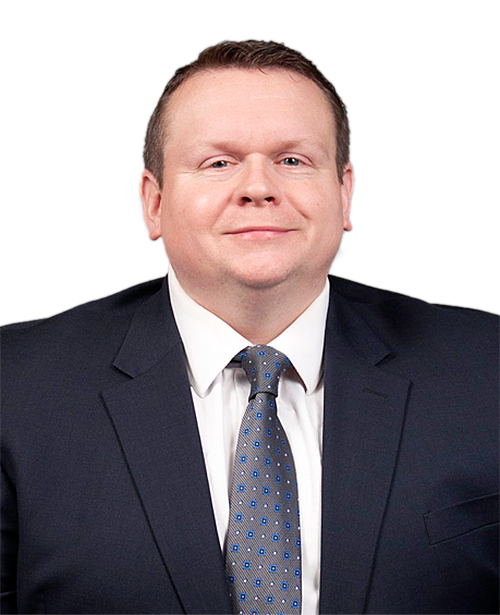