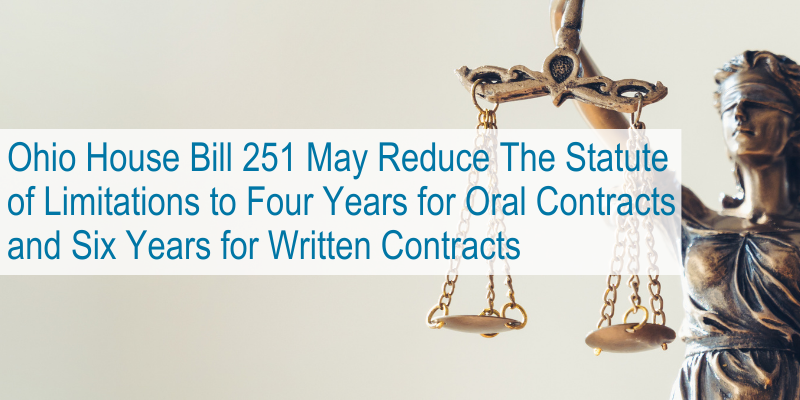 As those of us in the industry know, it can take a lot longer than three years to fulfill one’s financial obligations. Filing a complaint against a consumer is generally a last resort. However, shortening the applicable statute of limitations to three years would force a creditor’s hand much more quickly. A six-year statute would provide consumers with adequate time to resolve their debts outside of the court system.

Through the efforts of multiple industry organizations, the bill sponsors, George Lang and Brett Hillyer, and Majority Floor Leader Seitz, the bill was amended in the House to only shorten the statute of limitations to four years for oral contracts, six years for written contracts, and six years for consumer transactions. Other language was included to correct an overextension of tort reform legislation to all civil actions under ORC §2305.03. The bill also included a definition of "accrual," which eliminated the uncertainty on a credit card debt claim, left unresolved by a 2016 Ohio Supreme Court decision.

Yet, on Dec. 9, 2020, with no advance warning, a floor amendment was adopted that stripped many of the negotiated provisions. Importantly, one of the provisions removed was the definition of “consumer transactions” and the six-year statute of limitations afforded to those transactions.  This definition was an attempt to allow accounts stated to serve in place of a written contract, thus applying a six-year limitations period.

Ohio residents are encouraged to contact their Representative to request that they do not concur with H.B. 251. The search tool HERE will help you identify your local Representative.

Consumer Collections
On December 21, 2020, Congress passed the Consolidated Appropriations Act, 2021 (Act), which has since been signed by the President. Under the terms of the Act, individual taxpayers will be receiving a second round of stimulus funds.
END_OF_DOCUMENT_TOKEN_TO_BE_REPLACED
Alerts / 5 January 2021

Get the latest articles and news delivered to your email inbox!
END_OF_DOCUMENT_TOKEN_TO_BE_REPLACED 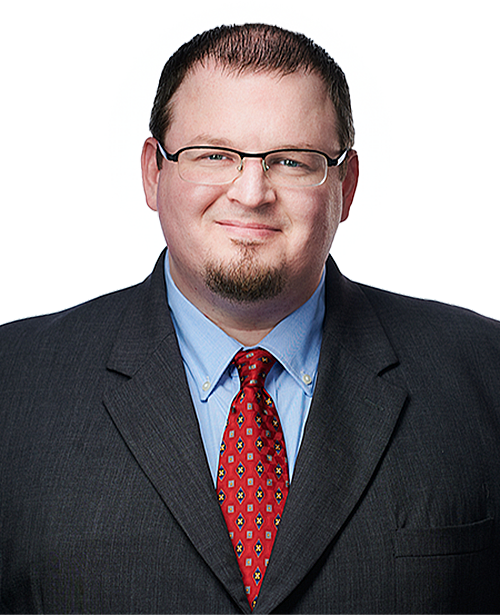