Much has been said recently in Ohio law concerning the enforcement of notes and foreclosures on mortgages. In summary, the plaintiff must be the holder of the note and mortgage with the right of enforcement of both instruments in order to bring a meritorious foreclosure action in Ohio.1

What is the statute of limitations for a foreclosure action in Ohio?

Ohio law has two distinct statutes of limitation for enforcing notes and mortgages. On one hand, actions to enforce a note must be brought within six years after the acceleration of the debt.2 On the other hand, the statute of limitations to foreclose on a mortgage is a far more generous 21 years.3 These conflicting limitations periods create quite a murky question of law as to when a mortgage foreclosure must be brought.

The Ohio Supreme Court in Deutsche Bank Nat'l Trust Co. v. Holden ruled that an action to collect on a note is separate and distinct from an action to foreclose on a mortgage.4 As a result, the bar of the note or other instrument secured by a mortgage does not necessarily bar an action on the mortgage.

Although the Ohio Supreme Court did not directly address the applicable statute of limitations in its Holden decision, at least one Ohio appellate court relied on Holden and allowed a mortgage foreclosure to proceed even after the note became time barred.5 While it would appear that some Ohio state courts will apply the more generous statute of limitations to mortgage foreclosures, that may no longer be the case because of a recent decision by the Federal Bankruptcy Court for the Northern District of Ohio in In re Fisher.6

While the second foreclosure was pending, the parties entered into a trial loan modification agreement. They did not, however, enter into a permanent modification agreement when the trial agreement expired. Instead, the debtor filed a second Chapter 13 bankruptcy in 2017. The lender filed a proof of claim, but the debtor objected to the claim and filed a Motion for Summary arguing that the enforcement of the mortgage was time barred by the statute of limitations.

The debtor contended that the lender's mortgage claim was merely incident to the note. Despite the dismissal of the first foreclosure, and the payments made pursuant to the trial modification agreement, the debtor argued that he never cured the default following acceleration. Therefore, he concluded that the lender should not be entitled to enforce the mortgage in the bankruptcy proceedings because the six-year statute of limitations for enforcement of the note already lapsed in 2012.

The lender countered, contending that prevailing Ohio law holds that the six-year limitations period applies only to personal collection of a note and not to an in rem action on a mortgage. Therefore, the lender argued that its right to enforce the mortgage is a separate and distinct cause of action subject to the 21-year statute of limitations that had not expired.

The bankruptcy court determined that the lender had a valid in rem claim to make on its mortgage because the debtor's personal liability on the note was discharged in his 2007 case, leaving the lender with recourse only against the debtor's residence. Nevertheless, according to the court, that claim could be disallowed and barred by the appropriate statute of limitations.

The bankruptcy court disregarded the Ohio Supreme Court's Holden decision. Instead, it favored the 1904 Ohio Supreme Court decision in Hopkins v. Clyde, which held that when a note is secured by the mortgage, the statute of limitations as to both is the same.8 The bankruptcy court noted that the Ohio Supreme Court in Holden did not specifically rule on the applicable statute of limitations for in rem foreclosure actions because that case was brought well within the six-year period. Thus, it found that the Holden Court had not intended to apply the 21-year statute to an in rem action. Instead, the Bankruptcy Court barred the lender from filing a claim by applying the Hopkins rule that the lender cannot maintain a mortgage claim after an action on the note is barred at the expiration of the six-year statute of limitations.

Although the In re Fisher decision is just one bankruptcy court decision, which is still subject to appeal, it is foreseeable that savvy debtors' counsel will begin to raise this statute of limitations defense in state court foreclosure actions throughout Ohio, when applicable. It is also likely that state courts will begin to apply the same logic as the bankruptcy court in In re Fisher, and therefore it would not be advisable for mortgage lenders to continue to rely on the more generous 21-year statute of limitations.

If you have any questions or concerns about the application of the statute of limitations to a mortgage loan or note, please contact a Weltman attorney.

For more information, please contact Benjamin N. Hoen, Esq. Based in the firm's Cleveland, Ohio office, Mr. Hoen is a Shareholder who practices in the Real Estate Default Group, focusing on foreclosure and eviction matters. Mr. Hoen has been named in six consecutive editions of “Ohio Rising Stars” by Ohio Super Lawyers (2011-16), an honor awarded annually to no more than 2.5 percent of attorneys in the state. He is a member of the Cleveland Metropolitan Bar Association and Ohio State Bar Association.

The Present and Future of Fintech: A Debt Buyer's Guide

Consumer CollectionsReal Estate
Fintech, a portmanteau of financial and technology, is a relatively new term for most people. At first, fintech was used to refer to the various systems used in the back end of established banks and other financial systems.
END_OF_DOCUMENT_TOKEN_TO_BE_REPLACED
News / 19 July 2022

END_OF_DOCUMENT_TOKEN_TO_BE_REPLACED 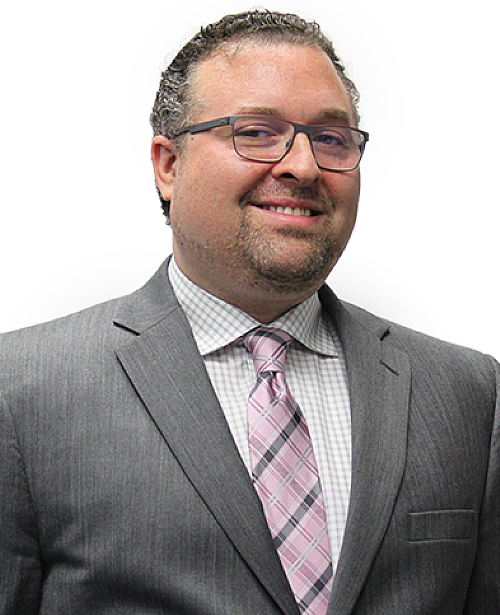