During the most recent Ohio Health Care Association Convention and Expo, attorney Matt Pomy presented on the topic of powers of attorney and guardianships. He focused on comparing these legal relationships and how best to approach each based on their relative strengths and weaknesses. This presentation was meant to be conversational and focused on common questions received from credit unions and healthcare providers throughout Ohio and Pennsylvania.
The turnout was spectacular (even on the morning of the last day of the convention) and Matt had many engaging questions to help fuel the discussion. Because of this response, we are now providing a follow-up to this presentation, a review of the discussion, and a few of the common themes that encompass the demands surrounding this area of law.

To understand powers of attorney and guardianships, it’s best to start at their most basic definitions. Powers of attorney, at their core, are documents which establish a fiduciary relationship between a person (principal) giving the authority to act on their behalf to another (agent). Guardianships are similar, but involve court proceedings to take away decision-making powers from one person (ward) and giving that authority to another (guardian). The agent and the guardian will be required to act in the best interest of the principal and the ward, respectively.
Powers of attorney do not typically need to be filed with a court to be enforceable. In some situations, such as real estate closings, the document may need to be filed with the local recorder of deeds. Guardianships, on the other hand, are extremely formal and are required to be initiated through the court system as either their own legal action or as part of another legal action if, for example, a guardian ad litem is needed during litigation.

Ultimately, documentation is your best friend. As was discussed at some length during the presentation, it is not necessarily the institution’s prerogative to insert themselves in a controversy between principal and agent. However, it may become necessary at some point to require additional documentation before moving forward to support how your institution chose to act at the time. Or, more likely in this example, to justify who your institution listened to at the time.
While there are not typically formal legal requirements for a revocation of a power of attorney, it is likely best to at least require the revocation be in writing and signed by, if not presented to the institution by, the principal before recognizing the revocation. Additionally, since the principal would need to be competent at the time of the revocation, requiring this signature to be notarized and set up more like a formal affidavit would provide an additional layer of protection should questions arise in the future.
Typically, it is advised that clients tailor the writing specifically to each situation, as opposed to using standard forms. This allows the institution to have the principal sign a document that identifies the actions they are taking with particularity to remove any possible questions later.
To finish, and likely the most complicated situation, is what to do when the directions of the principal and the agent are in conflict. Similar with the revocation, documentation on the institution’s side will be extremely important. In these situations, tempers within the family can often run very hot, which often increases the chance of legal action down the road.
Signing a power of attorney does not remove the principal’s ability to act on their own behalf. This is one of the primary distinctions between powers of attorney and guardianships. A ward who has a guardian managing their finances cannot act on their own behalf, but a principal who has signed a power of attorney granting general authority to an agent can still take action independent of that agent.
Because there is also a fiduciary duty from the agent to the principal, the agent is also required to follow all reasonable directions from their principal. This doesn’t mean following the principal’s direction at every turn without question. It is best to document with specificity what action the principal is attempting to take, how it conflicts with what the agent is directing, and what the principal wants to do in light of that apparent conflict. Put all of this in writing (ideally in a notarized affidavit-style document) and have the principal sign for your records. This will help you protect your institution by documenting exactly what was happening at the time and will justify how your institution moved forward. This will, ideally, keep the dispute solely between the principal/surrounding individuals and reduce the overall potential exposure of the institution.
When in these situations, limiting exposure to the institution is usually the primary goal of the documentation, so when in doubt, document everything. As discussed, many of the questions surrounding a power of attorney will be determined by the document itself, but when there is a grey area, it’s always best to over-document your activity. This is made all the easier if you’ve already taken the preliminary steps to verify the power of attorney before a controversy arises.
If you have additional questions, please contact attorney Matt Pomy and/or other members of Weltman’s consumer collections team to guide you through the process.
This blog is not a solicitation for business and it is not intended to constitute legal advice on specific matters, create an attorney-client relationship or be legally binding in any way.

Probate Recovery
When it comes to powers of attorney (POAs) and guardianships in Illinois, you may be asking yourself, Who is really in charge? or How can I avoid common pitfalls?
END_OF_DOCUMENT_TOKEN_TO_BE_REPLACED
View More Publications

Get the latest articles and news delivered to your email inbox!
END_OF_DOCUMENT_TOKEN_TO_BE_REPLACED 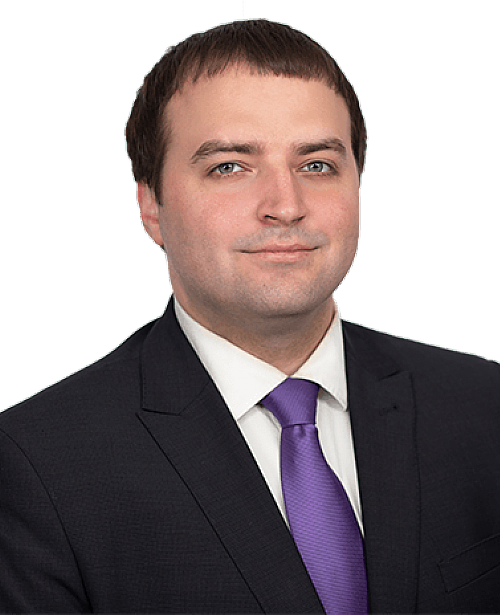