Cobo and the Single Refiling Rule: Pick Your Remedy and Order It Carefully

On November 29, 2018, the Illinois Supreme Court issued its much-anticipated opinion in First Midwest Bank v. Cobo, 2018 IL 123038. The Cobo case focused on the single refiling rule set forth in Section 13-217 of the Illinois Code of Civil Procedure, which prohibits a plaintiff from refiling the same cause of action more than once. The Cobo decision has important compliance and procedural implications for servicers and holders of secured and unsecured loans that commence suit in Illinois.

The background leading up to the final disposition of the Cobo matter is relatively simple: Andres Cobo and Amy M. Rule (the "mortgagors") defaulted on the July 1, 2011 payment on their consumer mortgage loan, which at that time was held by Waukegan Savings and Loan, SB ("Waukegan"). Waukegan instituted proceedings in Cook County, Illinois on December 8, 2011, seeking judgment of foreclosure and a judicial sale of the property in addition to a personal deficiency judgment against the mortgagors. The matter was dismissed without prejudice on April 2, 2013 by First Midwest Bank ("First Midwest"), which by then had acquired Waukegan Savings and Loan’s interest in the loan.

A second suit was initiated on April 2, 2013 by First Midwest. This second suit sought a money judgment, exercising the bank's rights under the promissory note only. Two years later, this second proceeding was also voluntarily dismissed.

On July 30, 2015, First Midwest filed the third suit involving this loan, seeking recovery under the promissory note and unjust enrichment claims. This case ultimately formed the basis for the appeal. In this third suit, the bank did not seek foreclosure of the mortgage. The mortgagors appeared and defended the third suit, seeking dismissal of the action pursuant to the single refiling rule. They claimed that First Midwest and its predecessor had already filed two suits seeking recovery for the same note and same default. The court denied the mortgagors' request, stating that a lawsuit based on a promissory note is not the same cause of action as a lawsuit based on the mortgage. The mortgagors reasserted these contentions in their affirmative defenses, which were subsequently stricken by the court. Summary judgment was entered in First Midwest's favor.

On appeal, the appellate court vacated the judgment and dismissed the bank's complaint. The appellate court determined that the cases involved sufficient similar operative facts to constitute the same cause of action, as the deficiency judgment sought in the foreclosure arose out of both the mortgage and note. The Illinois Supreme Court later affirmed the ruling.

The Illinois Supreme Court disagreed with First Midwest's contention that the mortgage foreclosure suit in which the bank exercised it lien rights against the subject property was sufficiently different in nature from the two later suits seeking recovery only under the note. As it does for cases invoking the single refiling rule, the court applied the “transactional test,” which was first adopted in River Park, Inc. v. City of Highland Park, 184 Ill. 2d 290, 311 (1988). In determining whether claims are identical, the transactional test looks to whether a single group of operative facts exist, regardless of whether different theories of relief are asserted. In Cobo, the transactional test barred the third suit, as it was deemed to be the bank’s third recovery attempt under the same promissory note asserting the same July 1, 2011 default.

This determination is an impactful highlight and reminder of the importance of the order in which a secured lender pursues claims involving defaulted mortgage loans. As detailed in Farmer City State Bank v. Champaign State Bank, 138 Ill. App. 3d 847, 852 (1985), a lender may pursue remedies under the mortgage and note either consecutively or concurrently. These case ordering principles were also explained and confirmed in 2015 in LSFREF2 Nova Investments III, LLC v. Michelle Coleman, 2015 IL App (1st) 140184.

In practice, the secured lender consecutively exercising its rights in the note and mortgage looks like this: First, the lender obtains a money judgment against the borrowers under the promissory note. Once that is complete, the lender initiates a second suit to foreclose the mortgage and force a judicial sale of the property. When the court confirms the judicial sale, the money judgment entered in the first action merges with the personal deficiency judgment. The consecutive method avoids res judicata concerns because, while a money judgment would exist from a proceeding seeking recovery under the note, no prior action would have adjudicated the plaintiff’s rights under the mortgage. This method was affirmed in 2013 by Turczak v. First American Bank, 2013 IL App (1st) 121964.

The concurrent method involves a secured lender utilizing the standard form Complaint for Foreclosure of Mortgage provided by Section 15-1504(a) of the Illinois Mortgage Foreclosure Law. The standard form foreclosure complaint requests "[a] personal judgment for a deficiency, if sought." 735 ILCS 5/15-1504(a). Importantly, the "if sought" language in the standard form Complaint invokes recovery under the note regardless of whether the personal deficiency judgment ends up being waived or, for some other reason, does not get entered upon the confirmation of sale. In this context, both the lien rights afforded by the mortgage allowing for the eventual forced sale of the property and the entitlement to a money judgment on the promissory note are exercised in one court case. This is the most popular avenue for mortgage lenders, given that it minimizes the duplicative costs that are incurred in using the consecutive method.

The Cobo decision highlights two important considerations for entities involved in consumer lending and mortgage servicing. First, lenders should be cognizant of the fact that the single refiling rule only provides "two bites at the apple." This holds true regardless of whether foreclosure was pursued or whether both actions proceeded on the note only. In a case where two prior actions involving the same note are dismissed and the default date has not changed, it also results in the secured lender's eventual loss of the benefit of its security. Second, lenders should be wary of waiving deficiencies in mortgage foreclosure cases where a deficiency could otherwise be preserved – particularly if the lender may wish to pursue the borrower for the shortfall that arose from the judicial sale of the borrower's property. Once the deficiency is waived, the lender will not be able to file a subsequent lawsuit on the promissory note to recover the deficiency following the sale of the mortgaged property.

For more information, please contact Charles A. Walgreen, Esq. Mr. Walgreen is an attorney based in the Chicago office of Weltman, Weinberg & Reis Co., LPA. He practices in Commercial Collections, Consumer Collections, and Real Estate Default. 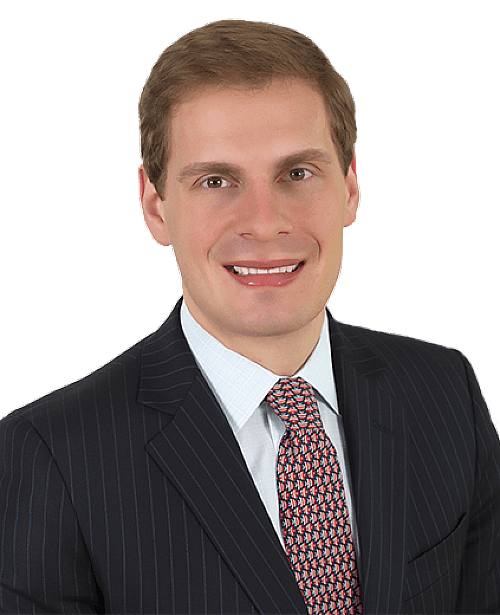