In May of 2022, Jim Kozelek, shareholder and office managing attorney of the firm’s Columbus, OH office, was elected as president of the Commercial Law League of America (CLLA). Founded in 1895, the CLLA is the nation’s oldest and most trusted legal association of attorneys actively practicing in the fields of commercial collections, creditors’ rights, and bankruptcy.

After serving for several months, we decided to sit down with Jim to reflect back on his experiences with the CLLA and what he has in store for his presidential term:

Q: What is the Commercial Law League of America (CLLA) and how would you describe their mission?
A: The CLLA is the nation’s oldest trusted legal network of attorneys, collection agencies, and law lists actively engaged in the fields of commercial collections, creditor’s rights, and bankruptcy. Their mission is to connect their members through networking events, professional education opportunities, legislative advocacy, and specialized legal services. Learn more about the league’s history on their website: www.clla.org/mission-history
Q: Previous to becoming president, what is your past experience working with the CLLA?
A: I joined the League at the urging of my prior employer in 2002. At first, like many members, I joined committees, spoke at conferences, and, in general, tried to “become known” in the League. I believe my first leadership position was with the Midwest Region, eventually working my way up to chair in 2014. I was then treasurer of the Creditors’ Rights Section in 2015, recording secretary in 2019, president-elect in 2021, and now president – which I am thrilled and honored to be.
Q: What does the CLLA’s work mean to you?
A: Being involved in the League and the League’s work means everything to me. I would never, ever have guessed that I would be practicing this type of law back in 1997 when I first started law school. The League has brought me together with attorneys just like me from across the country and around the world. I firmly believe that no one does what we do, better than we do.
Q: How can others get involved with the CLLA?
A: Anyone can get involved with the CLLA by joining the League. We love new members and we try to get them involved immediately because engagement is the number one predictor of value to the members and sustained membership. Join a committee, attend a conference, and/or write an article. These are all things that one can do… once they join the League. In my opinion, one of the most overlooked (but valuable) sections of the CLLA is the Government Affairs Committee (GAC). Comprised of representatives from the creditors’ rights, bankruptcy, young members, agency, and law lists sections (and anybody else who wants to get involved), the GAC is charged with tracking, disseminating, vetting, reacting, and preparing positions on current federal legislation that could affect (positively and/or negatively) league members, clients, and our industry as a whole. Our industry is oftentimes an easy target and it is crucial for anyone in this industry to stay up-to-date on pending legislation. The CLLA is one of the best, if not THE best at advocating for our industry and our members.
Q: In your time as president, what do you hope to accomplish?
A: I will say that the enormity of the position has made itself known to me and I have very big shoes to fill. So, aside from not wanting to be run out of town, so to speak, my greatest hope is to honor the mission of the league, to serve the industry, and to champion for this membership to the best of my ability.
Q: If you could give one piece of advice to a commercial collections attorney, what would it be?
A: Get involved because you never know where it will lead.
Short story long: At the urging of my wife Maria, I went to a Community Recreation Council (CRC) meeting - think of a PTA for a rec center. I went because she worked at this rec center and our kids played sports and took classes there. I go into the meeting, recognized some of the Council, and was introduced to the others as the meeting started.
They asked if I was interested in being on the Council and I said yes. They said, in no terms uncertain, “If you want to be on this council, you have to come to three consecutive monthly meetings and then on the fourth you can become a member.” So, I sit through the first meeting and don’t say much. I go to the second meeting and probably speak more, but still not much. Same thing with the third meeting. At the fourth meeting, they voted to make me a member… And then they voted and made me the president!
I have been president of that council ever since. Now here’s the thing: several years later, this rec center was slated for renovation. The initial budget was around 1.2 million dollars (we affectionately refer to it as the 1.2 million dollar paint job). When all was said and done, it ended up being a 15 million dollar job with air conditioning, a green roof, and the addition of two new rooms (a community room and gymnasium), the basketball gymnasium got a new floor, new baskets, new bleachers, and there were many other things done that the list got too long.
How did this happen?
I got involved even though I had no idea where it would lead. The “project” involved the city, the rec center, and the community. It required all of us to come together and listen to stakeholders, prioritize everyone’s wants and needs, and figure out how to pay for it with a mix of existing funds and fundraising. Every group had its agenda and constituents to serve. This was a wonderful experience and was the single most important experience I had in learning to work with people. It has served me well in my role as CLLA president, business unit leader, office managing attorney, and leader on several other boards… and it all started with one, seemingly inconsequential, meeting of an obscure group at a local recreation center. So, as I said – Get involved. You never know where it will lead.
To learn more about Jim and/or to connect with him, please visit his attorney bio.
This blog is not a solicitation for business and it is not intended to constitute legal advice on specific matters, create an attorney-client relationship or be legally binding in any way.

Commercial Collections
Weltman, Weinberg & Reis Co., LPA, a full-service creditors' rights law firm with over 90 years of client service, is pleased to announce that shareholder Jim Kozelek has officially been elected as president of the Commercial Law League of America (CLLA) on May 20, 2022.
END_OF_DOCUMENT_TOKEN_TO_BE_REPLACED
News / 13 May 2021

Commercial Collections
Weltman, Weinberg & Reis Co., LPA, a full-service creditors' rights law firm celebrating 90 years in business, is pleased to announce that shareholder Jim Kozelek has been elected as president-elect of the Commercial Law League of America (CLLA). He most recently served as the organization's recording secretary.
END_OF_DOCUMENT_TOKEN_TO_BE_REPLACED
News / 29 May 2019

Commercial Collections
Weltman is pleased to announce that Shareholder James G. Kozelek has been elected to serve as the recording secretary for the Commercial Law League of America (CLLA).
END_OF_DOCUMENT_TOKEN_TO_BE_REPLACED
View More Publications

Get the latest articles and news delivered to your email inbox!
END_OF_DOCUMENT_TOKEN_TO_BE_REPLACED 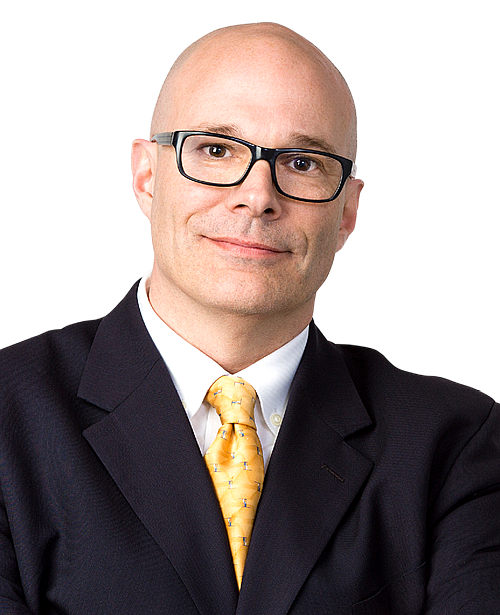