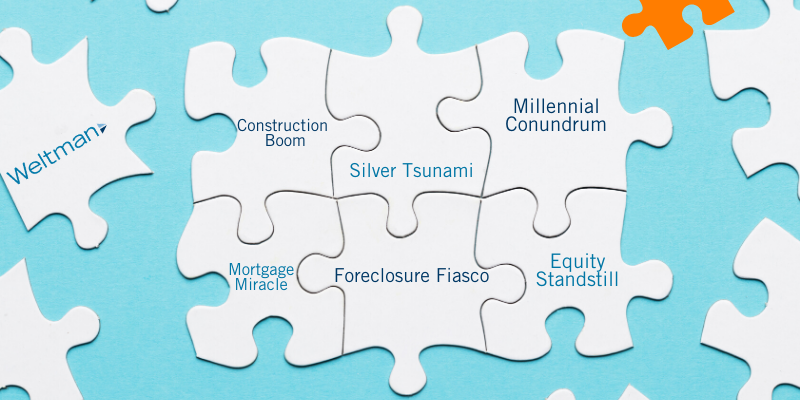 The boom and bust cycle from the past decade will be remembered as a time of slow, but steady, repair in the real estate market.

The Construction Boom
One of the most unforeseen changes throughout the last decade was the flourishment of construction. Ohio alone saw more than $4 billion in new construction in one year, as reported by U.S. Bridge. Solely in 2017, the construction industry added 210,000 jobs – a 35% increase over the previous year. But it’s not just a change in construction, what’s being constructed, too, has evolved throughout the years. Ken Leon, director of equity research at CFRA Research, explains, “Homebuilders are getting smart about how to delight Millennials. The industry is shifting to entry-level homes with more open space.”
Still, it wasn’t all about new construction, Improving America’s Housing 2019 reveals that homeowners spent 50% more on remodeling in 2017 than they did at the end of 2010. However, according to economic forecasters, it’s expected for this construction boom to fizzle out shortly within the new decade – which is due in part to the anticipated shift from building new homes to buying old homes. A vast number of houses are soon expected to hit the market.

The Silver Tsunami
At the beginning of the decade, the generation of baby boomers owned the real estate market – but looking forward, a Silver Tsunami is on the horizon. Appropriately named, this Silver Tsunami of homes refers to those of which will hit the market as the older generation begins aging into retirement and downsizing their properties, or migrating south. Between 2017 and 2027, the number of homes coming into the market from people age 60 and over is expected to rise to 920,000. This greater supply of homes on the market will make homeownership more attainable and affordable for the millennial generation – which leaves the question: will the Silver Tsunami drown out the rental market?

The Millennial Conundrum
Over the last decade, Millennials caught the eye of real estate moguls. This demographic took the market by storm, ‘representing the largest share of the home buying marketing for the past five years in a row’ as reported by Housing Finance 2020. The difference between this generation and the previous being Millennials face a delayed onset of home buying, something that may go hand in hand with the affordability of doing so. Thus, millennials spent the last decade driving rental growth.

Farnoosh Torabi, personal finance expert and host of SoMoney Podcast, explains, “While research suggests Millennials are even more interested in buying homes than their parents, they are slower to buy due to a set of financial challenges, which include student loans and credit card debt, as well as an inability to save up for a down payment,” she says.

With that in mind, it shouldn’t come as a surprise that the number of renters in the United States increased 9.1% in the last ten years – making the number of renters the largest it’s been since the ’60s.
As supply and demand principals typically work, the increase in demand for rentals allowed rental costs to skyrocket – since 2010, the national average price of rent increased by 36%. Moreover, apartments built in the past decade have been getting smaller and smaller in size. With the ideal equation of rising rental prices, plus the Silver Tsunami, and low mortgage rates, millennials may begin shifting towards homeownership in this new decade.

The Mortgage Miracle
Perhaps the most notable change throughout the last decade was the change to mortgage rates. Coming out of 2010, the effects of the recession were still lingering. Entering 2020, rates are as advantageous as ever and forecasts expect rates to average around 3.7% throughout the year. Mortgage rates hovering around these historic lows will continue to add an increase of volume in refinancing for some areas throughout the county. Although many homeowners locked in cheaper rates following the economic crisis years ago, there are an estimated 6.8 million Americans who could benefit from refinancing, according to a report from Black Knight, a mortgage data analytics company.

According to the latest Mortgage Bankers Association’s Weekly Mortgage Applications Survey, mortgage applications increased 30.2% during the week ending on January 10th. Joel Kan, associate vice president of economic and industry forecasting, commented on this impressive stat, “The mortgage market saw a strong start to 2020. Applications increased across the board, and the 30-year fixed mortgage rate hit its lowest level since September 2019.”

Still, a low mortgage doesn’t equate to affordability. “A new trend we’ve recently been seeing in our industry is people jumping at the chance to buy a house, given such low mortgage rates. If you haven’t taken the necessary steps to be an informed buyer, don’t rush into a purchase. Spend some time discovering what you can realistically afford,” advises Weltman shareholder and real estate default group chair Ben Hoen.

Rely on tools such as this mortgage calculator, or contact your local bank for tailored insight, in an effort to avoid any monetary mishaps, such as foreclosure, down the road.

The Foreclosure Fiasco
The decade ended on a relatively positive note for foreclosure rates. Most states saw a drop, a good sign of the housing market, and the economy’s strength. 493,066 properties filed for foreclosure in 2019, which equates to only 0.36% of all U.S. housing units. Compare that to 2018’s 0.47%, moreover 2010’s peak of 2.23%, and you may have a sigh of relief.

Still, not everywhere was so lucky: Montana, Georgia, and Washington, amongst others, saw an increase in foreclosures towards the year-end of 2019. Nonetheless, experts remain confident that 2020 will continue to see foreclosure rates drop.

The Equity Standstill
As the decade drew to a close in 2019, American homeowners had $19.7 trillion in equity, the highest figure ever, according to Urban Institute’s Housing Finance Policy Center. Within the last decade, Americans doubled their home equity by taking it back to the basics: paying mortgages over time, and not cashing in their equity. “Ten years ago, during the depths of the Great Recession, more than 11 million homeowners had negative equity or 25% of mortgaged homes,” said Frank Nothaft, CoreLogic’s chief economist.

A Creditor's Three Step Guide to the Eviction Process

As a creditor, managing your rentals is part of your business which means, the eviction process, too, falls on your lap. Partnering with a trusted creditors' rights law firm, such as Weltman, can help you avoid any pitfalls along the way.
END_OF_DOCUMENT_TOKEN_TO_BE_REPLACED
Insights / 28 May 2020

Bankruptcy
To address some of the issues raised by the pandemic shutdown, Congress passed the Coronavirus Aide, Recovery, and Economic Security Act (CARES Act), which, among other things, amended the SBRA to give struggling businesses additional options an attempt to survive the shutdown.
END_OF_DOCUMENT_TOKEN_TO_BE_REPLACED
News / 28 May 2020

Get the latest articles and news delivered to your email inbox!
END_OF_DOCUMENT_TOKEN_TO_BE_REPLACED 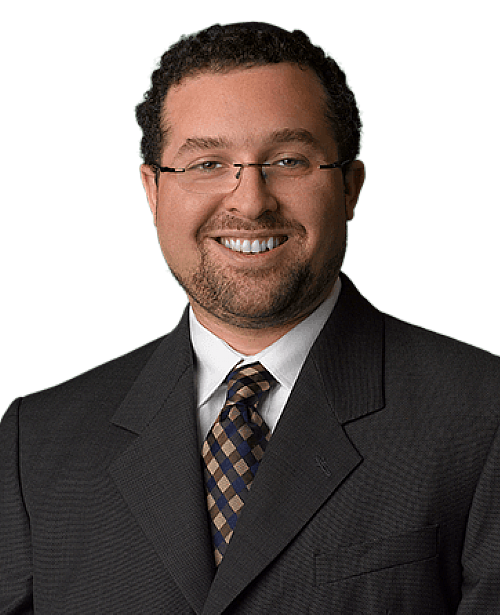