5th Circuit Declares the CFPB's Funding Mechanism to be Unconstitutional

In Community Financial Services Association of America and Consumer Services Alliance of Texas v. Consumer Financial Protection Bureau, the 5th Circuit Court of Appeals held that the Consumer Financial Protection Bureau’s (CFPB) funding mechanism is unconstitutional. The court’s analysis centered on the CFPB’s financing which is not directly or indirectly allocated to it by Congress and the agency’s placement in the executive branch. The constitutionality of the CFPB’s financing and several administrative law arguments were raised in litigation initiated by trade groups seeking to overturn the Payday Lending Rule (a regulation set forth by the CFPB). While the 5th Circuit sided with the trade groups regarding the unconstitutionality of the CFPB’s funding mechanism, it rejected the administrative law claims.

Federal courts have interpreted the Appropriations Clause of the U.S. Constitution as requiring that Congress provide approval before the federal government spends money. Unlike a typical federal government agency that receives an allotment of money from Congress, the CFPB’s director requests the funds needed to finance the CFPB’s operations from the Federal Reserve. The Federal Reserve is required to comply with these requests as long as the amount requested on an annual basis doesn’t exceed 12% of the Federal Reserve’s operating budget. The Federal Reserve is not financed through spending authorized by Congress but through a direct tax on banks. As the CFPB’s funding is neither directly nor indirectly approved by Congress, the 5th Circuit labeled the CFPB’s funding mechanism as being “double-insulated” from Congress’ constitutional funding authority. The absence of even a tangential relationship between the CFPB’s funding and Congressional approval to spend said funds resulted in the 5th Circuit holding that this funding arrangement is unconstitutional.

The U.S. Constitution divides power among the three co-equal branches of the government: executive, legislative, and judicial. These branches’ separate functions and independence from one another permits one branch to act as a check on the other two. Under this doctrine, known as the separation of powers, Congress is solely authorized to approve the expenditure of governmental funds (often referred to as the “power of the purse”) and the executive branch is tasked with carrying out the laws (often referred to as the “power of the sword”). The Supreme Court found that the CFPB’s director can be replaced at the President’s discretion, indicating that it considers the agency to be part of the executive branch. Since the CFPB is an agency housed in the executive branch that can spend without the “check” of Congressional approval, the 5th Circuit found that the CFPB violated the separation of powers by combining the powers of the sword and purse into one entity.

The court held that the unconstitutionality of the funding mechanism “…deprived the [CFPB] of the lawful money” used to promulgate the Payday Lending Rule. The court vacated the Payday Lending Rule, concluding that the funds that were improperly allocated to the CFPB resulted in the rule's promulgation. The court did not apply this line of legal reasoning to any other rule promulgated by the CFPB. This decision also leaves the CFPB’s adjudication and enforcement powers unabridged.

Our team is constantly monitoring this new Rule. If you have additional questions, please contact attorney Andrew Condiles at any time.

This blog is not a solicitation for business and it is not intended to constitute legal advice on specific matters, create an attorney-client relationship, or be legally binding in any way.

Consumer Collections
Creditors dealing with defaulted debts often deal with the same quandary: how to quickly take possession of the property to offset the debt. However, it's possible for your collateral to be at risk in criminal matters, and even in possession by a third party such as a repair shop, government agency, or a family member.
END_OF_DOCUMENT_TOKEN_TO_BE_REPLACED
Alerts / 31 January 2023

Bankruptcy
A recent decision out of the District of Kansas highlights the dangers mortgage lenders face when failing to file the appropriate Notice of Mortgage Payment Change and/or failing to respond to a chapter 13 trustee's Notice of Final Cure.
END_OF_DOCUMENT_TOKEN_TO_BE_REPLACED
View More Publications

Get the latest articles and news delivered to your email inbox!
END_OF_DOCUMENT_TOKEN_TO_BE_REPLACED 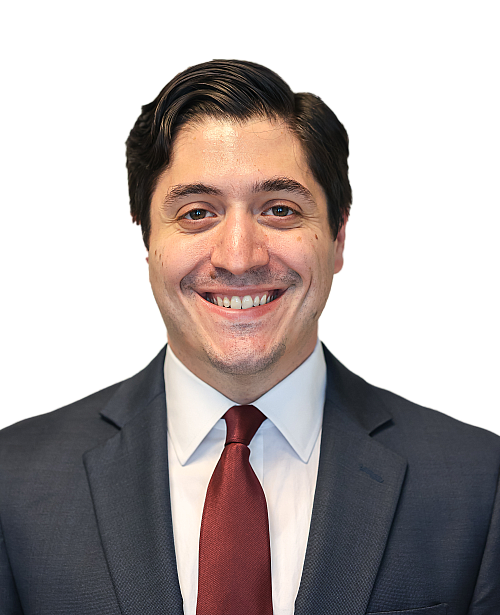