A question I am sometimes asked as a collection lawyer is whether our modern-day civil judicial system operates as or encourages "debtor prisons."  I generally laugh at the notion and explain that no, persons are not sent to jail in a civil case simply because they cannot pay a debt owed to another.

In fact, I believe most people would bristle at the thought, but there was a time that debtor prisons were a regular measure used against those who could not pay their debts. Essentially, if you were unable to pay your debts, you would be incarcerated - only to be released once your obligation was paid in full. Popular in Great Britain, early United States jurisprudence adopted the debtor prison model and used it until 1833, when they were ultimately abolished.

In Kentucky, Section 18 of the Kentucky Constitution specifically prohibits the practice, stating "The person of a debtor, where there is not strong presumption of fraud, shall not be continued in prison after delivering up his estate for the benefit of his creditors in such manner as shall be prescribed by law."  Nonetheless, a recent case from the Kentucky Court of Appeals has brought this notion back to the forefront.

In Sidebottom v. Watershed Eqine, LLC, 2018 Ky. App. LEXIS 255 (Rendered October 26, 2018)1, the plaintiff creditor was owed $18,000 for unpaid horse-boarding fees. The defendant debtor reached an agreement to repay the obligation, but then only made payments totaling $1,046, leaving the vast majority of the debt unpaid. As a result, the creditor sought to conduct a judgment-debtor exam. The debtor was properly served with a subpoena for the exam, but on the date noticed, the debtor failed to appear.  Accordingly, the creditor filed a show cause motion to have the debtor appear in court and show cause why he should not be held in contempt for failing to appear for the exam as noticed.

The debtor appeared and a hearing was held. At the hearing, the debtor testified as to his financial situation, assets, and ability to pay the outstanding debt. At the conclusion of the hearing, the trial court orally stated that it believed the debtor had sufficient assets to pay the outstanding debt, as well as awarding the creditor’s attorney's fees for having to file the show cause motion. The Court then entered its written Order that held the debtor in contempt, but did not memorialize its oral statements at the hearing finding that the debtor had the ability to pay. Furthermore, the Order stated that the debtor could avoid imprisonment if he paid the entire sum due ($22,013.12) within 30 days.

The Court pointed out that the trial court’s Order failed to distinguish between civil versus criminal contempt. The Court explained the difference:

The Court found the trial court's actions deficient in two regards. First, the trial failed to set forth in its written Order any findings of fact relating to whether the debtor actually had the ability to pay. While the Court stated orally at the hearing that it found the debtor had the means to pay the debt, this was omitted from the written Order. Because a “court speaks only through its written orders,” the fact that the written Order did not include specific facts or a finding on this issue precluded it from being considered on appeal.3 In the event there was a specific finding, the Court of Appeal suggests it could have established that the debtor "possessed the key to his own prison" and thus presumably, the Court of Appeals may not have concluded the trial court abused its discretion.4

Secondly, and I think the more problematic part of the trial court’s Order, was its “reprieve” for the debtor. The entire basis for the motion to show cause was the fact that the debtor failed to appear for the noticed judgment-debtor exam. The motion to show cause had nothing to do with the ability or inability of the debtor to pay the debt, but rather was directly related to the debtor's non-compliance with the subpoena. By failing to appear for an exam after being properly noticed, a party may be subject to sanctions pursuant to Rule 37.04(1) of the Kentucky Rules of Civil Procedure, which includes sanctions imposed under Rule 37.02.

Here, the trial court's actions of holding the hearing and holding the debtor in contempt appear proper, but the scope of the contempt remedy should have been limited to the debtor's failure to appear for the exam, not because he could not pay the amount due. The trial court went a step too far when it held the debtor was able to avoid imprisonment by paying the debt due. According to the Court of Appeals, that is tantamount to a "debtor prison," as the reason for the imprisonment was not because he failed to appear for the exam, but rather because he would not pay the sum due.

I believe the lesson here for a creditor's attorney is to ensure that in such situations the remedy imposed by a trial court is within the scope of the show cause motion. In this case, the fact that the debtor appeared for the hearing and provided his asset and financial information should have been enough for him to avoid imprisonment.  Once the hearing was concluded, a sanction for attorney's fees awarded to the creditor was also proper, but nothing more at that point. With the asset information provided, the creditor would have been free to execute on the judgment at that time. The fact that the hearing morphed into essentially a quid pro quo between the trial court and the debtor to avoid jail is problematic.

The other lesson here is that a creditor's attorney must ensure the trial court's Order includes all material findings from any hearing. This can be done by offering to draft a proposed Order, or if the Court prepares it itself and you believe there are missing material findings, to file a motion to amend the Order to make those specific findings. In Sidebottom, it's possible that if the trial court had issued detailed findings of fact and conclusions of law relating to the debtor's ability to pay and presumably his express refusal to pay a valid judgment debt (as the trial court held orally at the hearing), the Court of Appeals may have reached a different result.

Nonetheless, while Sidebottom does offer a cautionary tale, it also reminds us that imprisonment for one's inability to pay is not an appropriate remedy. Of course, while dealing with difficult, non-cooperating debtors can be difficult and frustrating, it remains up to the creditor’s attorney to assist the court in making appropriate sanctions when such issues arise.

For more information, please contact James T. Hart, Esq. Mr. Hart is a shareholder in the Cincinnati office who practices in Consumer and Commercial Collections. A member of the Cincinnati and Northern Kentucky Bar Associations, Mr. Hart is licensed in Kentucky and Ohio. He is admitted to practice before the U.S. District Court for the Southern District of Ohio and the Eastern District of Kentucky, and is a member of the Kentucky Creditors' Rights Bar Association, Inc.

Get the latest articles and news delivered to your email inbox!
END_OF_DOCUMENT_TOKEN_TO_BE_REPLACED 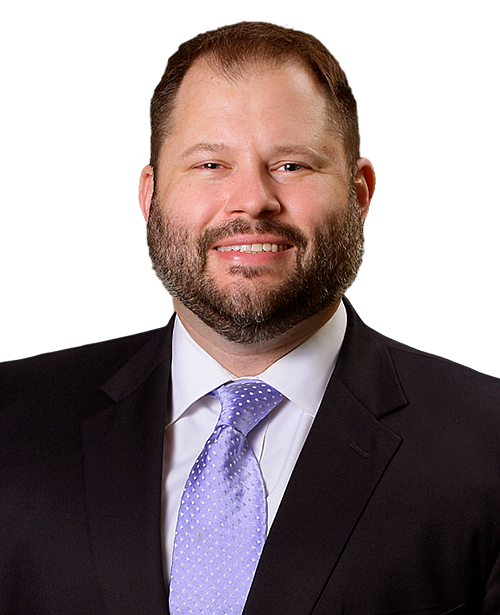