Close and bill is a common instruction loan servicers give to their foreclosure attorneys. This three-word message seems simple, but it begs for clarification. Unless the servicer also advises the attorney regarding the reason for the close and bill instruction, the servicer and the attorney may regret dismissing the judicial foreclosure case.
Recommencing a previously dismissed case will incur additional court costs, attorney fees, and other expenses (not to mention the loss caused by the delay). Even worse are the cases that are voluntarily dismissed twice. In many states, a second voluntary dismissal could operate as a bar to a third case based on the same cause of action.
Loan servicers can avoid dismissal remorse by advising the attorney of the reason for the close and bill instructions. The attorney can then offer advice as to whether a dismissal may be premature or inadvisable.
Here are eight situations where better communication can avoid misunderstandings and disappointment:

Rather than having a foreclosure put on hold for a payment plan, servicers can strengthen their payment plan agreement by including a provision consenting to the entry of the foreclosure judgment with an understanding that no sale will be scheduled as long as the borrower remains current with all payments according to the agreement. This would avoid the chance of a mistaken dismissal problem.
The servicer should provide the attorney with a copy of the payment plan agreement in case the attorney may need it later.

If the parties agree to a deed-in-lieu of foreclosure, the dismissal of the foreclosure should wait for a title exam dated as of the time of the deed’s recording to ensure that there are no new encumbrances on the title. Most attorneys recommend that the deed be recorded by a title company under instructions to record it only if the title company will issue an owner’s policy of title insurance free and clear of all liens (other than perhaps real estate taxes).

If a pending foreclosure is being assigned to a different law firm for completion, instructions to close and bill could be misinterpreted as an instruction to dismiss the case. To avoid a misunderstanding and an erroneous dismissal, the servicer should expressly advise the original firm that the servicer is reassigning the file, and that the firm should forward the appropriate file contents to the new firm for completion.

A servicer might decide, based on a property inspection revealing that the property has very limited value that the servicer does not desire to incur additional fees or costs to proceed with a sale in a pending case. However, if this decision comes after the sale has already been scheduled and published, all (or almost all) of the fees and costs may have already been incurred. In states where the mortgage holder is not required to bid, there may be little to lose by allowing the sale to proceed. Perhaps a third-party bidder will enter a bid, resulting in at least some recovery.

In many states, if a loan has been reinstated or the parties have agreed to a payment plan, but the loan is not paid in full, the servicer should not advise the attorney to close and bill. This could be misinterpreted as instructions to withdraw the answer that was filed in the case, which could leave the mortgage unprotected if the plaintiff causes a sale to occur. Instead, the servicer should advise the attorney regarding the loan status, and give instructions to the attorney to continue monitoring the third-party foreclosure case.

Is There a Way Around the Double-Dismissal Problem?

In U.S. Bank Natl. Assn., Trustee v. Gulliotta, 1008-Ohio-6268 (2008), an Ohio attorney faced with the problem of a foreclosure having been dismissed twice.  Although no payments had been made, the attorney tried filing a third foreclosure complaint showing the same principal balance as was shown in the two previously dismissed complaints, but alleged in the alternative, interest from a much later date. In other words, the mortgage holder was sacrificing some interest it would have been entitled to so it could argue that its claim was not based on the same default as the prior cases.
The trial court and the court of appeals went along with the mortgage holder’s attempt, but the Ohio Supreme Court did not, because the borrower had not made a single payment after the mortgage holder first declared the debt in default.  Because showing a different interest due date in the complaint was not a change in the common nucleus of operative facts supporting the claim, the two-dismissal rule slammed the door on the third case.
The recently published Georgia Supreme Court case of Joyner v. Leapheart, S21G0764 (Ga. Jun. 22, 2022) offers a possible exception to the two-dismissal rule, but only in very limited circumstances. The plaintiff in a wrongful death case had filed two cases against two different defendants. The plaintiff voluntarily dismissed those two cases, and attempted to add those to a pending case by filing an amended complaint. The Georgia Supreme Court held that despite the State’s two-dismissal rule, the two dismissals could only be res judicata (i.e. an adjudication that may not be pursued further by the same parties), if the third action involves the both the same parties and the same subject matter. Because the first two cases involved the same subject matter but not the same defendants, the two dismissals did not bar the plaintiff from further action. However, this fact pattern would be highly unusual, especially in a foreclosure context.
In conclusion, a dismissal can be painful when hindsight shows it was a mistake. The attorney should ask the servicer to clarify a bare bill and close instruction. Servicers can easily avoid misunderstandings simply by communicating the reason to close and bill. If you have questions regarding this topic, please contact shareholder Larry Rothenberg at any time.
This blog is not a solicitation for business and it is not intended to constitute legal advice on specific matters, create an attorney-client relationship or be legally binding in any way.

Consumer Collections
Creditors dealing with defaulted debts often deal with the same quandary: how to quickly take possession of the property to offset the debt. However, it's possible for your collateral to be at risk in criminal matters, and even in possession by a third party such as a repair shop, government agency, or a family member.
END_OF_DOCUMENT_TOKEN_TO_BE_REPLACED
Alerts / 31 January 2023

Bankruptcy
A recent decision out of the District of Kansas highlights the dangers mortgage lenders face when failing to file the appropriate Notice of Mortgage Payment Change and/or failing to respond to a chapter 13 trustee's Notice of Final Cure.
END_OF_DOCUMENT_TOKEN_TO_BE_REPLACED
View More Publications

Get the latest articles and news delivered to your email inbox!
END_OF_DOCUMENT_TOKEN_TO_BE_REPLACED 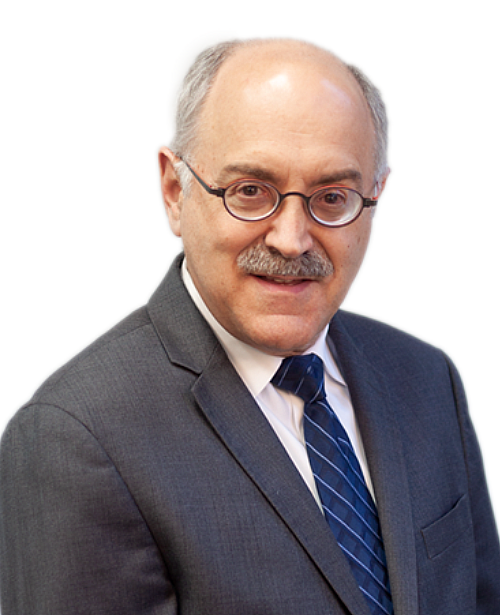