It is estimated that 1.4 million Americans identify as transgender, a figure that has essentially doubled over the last decade.1  When an individual transitions from one gender to another, they may also elect to change their name and/or their gender marker. Banks, lending institutions, and other businesses that typically deal with personal data must therefore ensure appropriate policies and procedures are in place for addressing name and gender changes. This article does not discuss political and social attitudes towards these individuals, but rather explores Ohio’s process and potential best practices for addressing name and gender changes from the standpoint of a creditor.

To make an official name change, an individual must file at the Probate Court in the county where they reside. This information is public record, and in most cases, is accessible through public databases. Currently, the legal standard for changing a name is fairly simple: it must be in the person’s best interests, must not be fraudulent, and must be published in a “newspaper of general circulation” in the county where the individual lives.

Driver’s License or ID Card
Ohio also permits individuals to change the gender marker on their driver’s license or non-driver identification card. A court order must be submitted indicating the name change, as well as a letter from their doctor indicating the transition.

Social Security Card
The Social Security Administration allows for both name and gender marker changes. This can be completed with a form from the agency, a copy of a court order changing their name, valid identification, and proof of immigration status or citizenship in the United States. To change the gender marker, an individual would need a signed letter from a doctor indicating that the individual has had appropriate clinical treatment for gender transition.

What Does This Mean for Creditors?
Assuming that the nation’s transgender population will continue to rise, creditors need to start thinking about – if they haven’t already - how to manage accounts for individuals undergoing a transition. Outside of any legal requirements or personal beliefs on the topic, acknowledging someone’s identity is simply the right thing to do.

Creditors also need to be cautious about misgendering or misnaming individuals, as this could constitute an unfair, deceptive, or abusive act or practice. Colloquially referred to as “UDAAP’s,” these practices are forbidden by the Dodd-Frank Wall Street Reform and Consumer Protection Act, and are subject to enforcement by the Consumer Financial Protection Bureau and the Federal Trade Commission. It is important to note that each category is distinct. An act that is abusive within the meaning of the statute may not necessarily be abusive or deceptive, but the perpetrator of that act may still be liable under the statute.

Furthermore, the Fair Debt Collection Practices Act (FDCPA) prohibits debt collectors from engaging in conduct where “the natural consequence of which is to harass, oppress, or abuse any person in connection with the collection of a debt.” 2  The intent here is irrelevant, as the relevant inquiry is whether the action would have the natural consequence of causing negative emotions.

One could reasonably assume that any person who is repeatedly being addressed by the wrong name or gender would likely take offense. This may especially be true if that person has gone through a name or gender marker change. One occurrence would likely not amount to an abusive act by a creditor, but repeated attempts at contact where an incorrect name and gender marker are used might constitute abusive practice, which is a clear violation of the FDCPA.

The state of California and New York City have taken the lead on this subject by introducing guidance that prohibits misgendering. In New York City’s case, the “intentional and repeated refusal to use an individual’s preferred name, pronoun, or title” 3  can give rise to significant civil liability. While it is unclear whether these laws would extend to creditors, the cost of compliance is likely far less burdensome than the polarizing publicity and legal issues that could ensue from non-compliance.

Regardless of personal beliefs around the matter, a creditor should proceed with sensitivity to the special circumstances of individuals undergoing a gender transition. Not only is this a preventative measure against potential state and federal liability, but it serves to demonstrate respect towards the individual, which will only increase a creditor’s recovery potential.

For more information, please contact David Mullen, Esq. David Mullen is an attorney based in the Brooklyn Heights office, where his practice is focused on general consumer collection and legal matters. Mr. Mullen is licensed to practice in the State of Ohio, and admitted to practice before the U.S. District Court for the Northern District of Ohio. He is a member of the Ohio State and Cleveland Metropolitan Bar Associations.

Protecting Yourself Financially During the COVID-19 Crisis

Consumer Collections
The COVID-19 crisis has impacted people in a variety of different ways. Based on our perspective from the creditors' side, we look to provide some insight on how you can best protect yourself currently.
END_OF_DOCUMENT_TOKEN_TO_BE_REPLACED
Alerts / 7 April 2020

Get the latest articles and news delivered to your email inbox!
END_OF_DOCUMENT_TOKEN_TO_BE_REPLACED 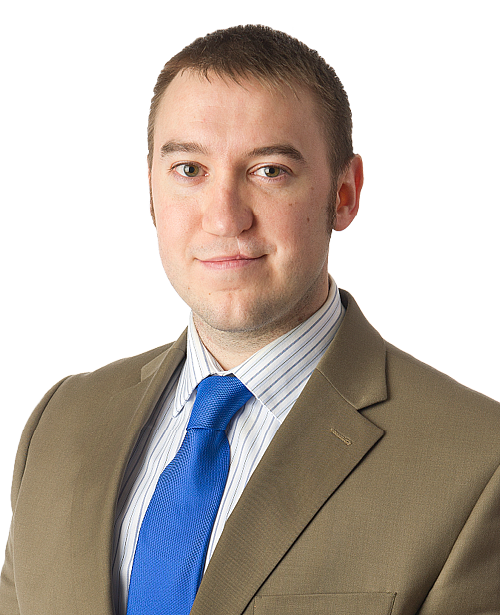