Paying under protest commonly refers to a payment made subject to a dispute. The payor typically makes the payment with a notice to the payee that the payment is being made under protest. This process reserves to the payor the right to object to the obligation at a later time.

For example, Ohio law provides that if the Ohio Secretary of State charges improper fees to a corporation, the corporation may pay under protest, and subsequently file an action against the state to recover those feesi.

However, paying under protest may not be available in all situations. An example is Hazelwood v. Bayview Loan Servicing, LLC,ii in which a Federal District Court in Ohio, citing Ohio case law, held that if a borrower knows the creditor has demanded an improper amount, the borrower’s voluntary payment of that amount precludes the borrower from filing a lawsuit against the creditor to recover for breach of contract.

In Hazelwood, the borrower alleged, among other things, that he notified the prior loan servicer of his change of mailing address and received the prior servicer’s correspondence at the new mailing address for many years. After the loan servicing rights were transferred to a new servicer, he did not receive the new servicer’s notice of transfer of the servicing rights because the new servicer had mailed it to the property address rather than to the borrower’s mailing address. He also alleged that he made his usual electronic payments to the prior servicer for six months after the servicing transfer before he learned of the transfer.

The borrower subsequently filed an action against the servicer in Federal Court, alleging that the servicer breached the contract and violated RESPAiv, the Ohio Residential Mortgage Lending Actv, and the Ohio Consumer Sales Practices Actvi.

The voluntary payment doctrine, an affirmative defense available to creditors under Ohio case law, states that one who voluntarily pays another with full knowledge of the facts is not entitled to a recovery.

An Exception to the Rule

Ohio’s version of the doctrine was summarized in Scott v. Fairbanks Capital Corp., another case decided by the Federal District Court for the Southern District of Ohiovii.

In Scott, the court quoted an Ohio Supreme Court decisionviii, which held that in the absence of fraud, duress, compulsion, or mistake of fact, money that was voluntarily paid by one person to another (on a claim of right to such payment) cannot be recovered. This applies even if the payor misunderstood the law as to his liability to pay.

However, in the Scott case, the court, invoking an exception to the rule, declined to apply the rule to a Fair Debt Collection Practices Act claim. The court stated that the borrowers argued they only entered into an agreement with the creditor to pay certain fees based upon the creditor’s false statement regarding the amount of debt owed, and only later learned of the false statements. The court reasoned that it would defy logic that the FDCPA would protect consumers who challenge false statements in court prior to paying while prohibiting claims by consumers who realized the falsehoods after paying the debt.

By knowingly and voluntarily paying the amount the servicer claimed was due, the borrower created a roadblock to his breach of contract claim.

The voluntary payment doctrine is founded on the concept that litigation of the dispute should precede payment. Because the borrower in Hazelwood knowingly and voluntarily paid off the loan in its entirety (including the challenged amount), the court held he was precluded from claiming he was mistaken about the facts before paying the debt.

The borrower and his foreclosure defense attorney may not have realized the legal consequences of entering into the loan modification agreement and paying off the loan. However, the court stated that those decisions would have been under a mistake in law, and a party’s misunderstanding of the law is irrelevant under the voluntary payment doctrine.

The court, citing another caseix, mentioned that the Ohio rule “may be a harsh doctrine, but we have lived with it for a long time.” The court suggested in a footnote, “Given the current cost of litigation, and the often required course of action to mitigate one’s damages, maybe it is time to revisit this harsh doctrine.”

However, the court followed the established rule in this case and dismissed the borrower’s breach of contract claim against the second servicer.

The Borrower’s Other Claims

The court’s dismissal of the borrower’s breach of contract claim against the second servicer did not dispose of the case. Still pending are the borrower’s claims of violation of RESPA for failure to respond timely to the borrower’s notice of error, the Ohio Residential Mortgage Lending Act, and the Ohio Consumer Sales Practices Act. The court declined to dismiss those claims, and therefore, the litigation as to those claims will proceed.

Borrowers should not assume that after knowingly and voluntarily paying a disputed amount, they can bring an action to recover the paid improper amount.

However, as stated by the court in the Hazelwood case, the voluntary payment doctrine is harsh. Even if the borrower knowingly and voluntarily pays the disputed amount, the Ohio Supreme Court, which established the doctrine, can someday abrogate it.

Therefore, loan servicers should consult with their attorneys to ensure that they timely acknowledge, and completely and accurately respond to, a borrower’s notice of error and resolve any actual errors before commencing foreclosure.

In addition, although unrelated to the voluntary payment doctrine, loan servicers should carefully document their files to evidence clear compliance with the pre-foreclosure review rule recently implemented by the CFPB’s amendments to Regulation X.

For a copy of the Hazelwood case, click here.

Elder Abuse Is a Quiet Crime: The Mandatory Reporting Process in Ohio

Elder Abuse
Ohio's Adult Protective Services statutes have long been on the books, however few people are aware they are mandatory reporters, and as such are mandated to report.
END_OF_DOCUMENT_TOKEN_TO_BE_REPLACED
Insights / 9 June 2022

Consumer Collections
During the most recent Ohio Health Care Association Convention and Expo, attorney Matt Pomy presented on the topic of powers of attorney and guardianships. He focused on comparing these legal relationships and how best to approach each based on their relative strengths and weaknesses.
END_OF_DOCUMENT_TOKEN_TO_BE_REPLACED
View More Publications

Get the latest articles and news delivered to your email inbox!
END_OF_DOCUMENT_TOKEN_TO_BE_REPLACED 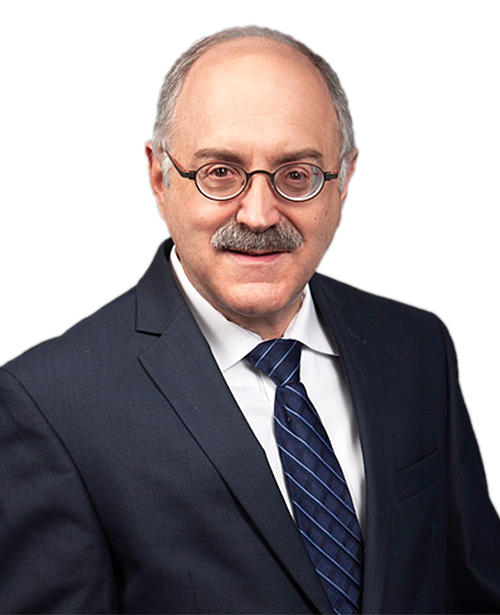