Lease terms are often subject to interpretation against the party drafting them. Given this, it is imperative that landlords are cautious in lease provisions to guard against defenses raised by tenants when obligations are not met. A recent decision from the Court of Appeals of Ohio, Eleventh District provides a good reminder for landlords of certain defenses that tenants may raise and how the language used within lease provisions may often determine whether a tenant will be excused from performance under the lease.

Wroblesky v. Hughley, Jr., 2021-Ohio-1063 (March 31, 2021) involved a one-year written lease of commercial real property, which was to be used “exclusively as a restaurant and bar.”1 The tenants agreed, “[t]o procure any licenses and permits required for any use made of the Leased Premises by the Tenant.”2 The lease also contained the following force majeure provision:
"If the Landlord or the Tenant shall be delayed or hindered in or prevented from the performance of any act other than the Tenant's obligation to make payments of rent, additional rent, and other charges required under this Lease, by reason of strikes, lockouts, unavailability of materials, failure of power, restrictive governmental laws or regulations, riots, insurrections, the act, failure to act, or default of the other party, war, or other reason beyond its control, then performance of such act shall be excused for the period of the delay and the period for the performance of such act shall be extended for a period equivalent to the period of such delay. Notwithstanding the foregoing, lack of funds shall not be deemed to be a cause beyond control of either party.”3
Following the tenants’ default on the lease, the landlord filed a lawsuit alleging breach of the lease by failing to pay the monthly rent, real estate taxes, and premiums as required by the lease terms.4  At the time the parties entered into the lease, the tenants did not have a liquor license, and by the time this case was heard by the trial court, the tenants still did not have their liquor license.5  Eventually, cross-motions for summary judgment were filed, and the trial court found in favor of the landlord, rejecting each of the raised defenses brought forth by the tenants.6 On appeal, the court examined the three defenses raised by the tenants along with the written lease terms.

First, the tenants argued that the issuance of a liquor license was a condition precedent to the enforceability of the lease.7 Whether a provision in a contract constitutes a condition precedent is determined by the intent of the contracting parties.8  In order to determine the intention of the contracting parties, the court will look at the language of the entire contract, rather than simply a particular provision of that contract.9 The court determined after its review of the lease terms, that the plain and ordinary meaning of the lease terms made clear that the parties did not intend the issuance of a liquor license permit to be a condition precedent of the tenants' payment obligations because there was no provision that specifically conditioned the tenants' payment obligations on the issuance of any such licenses or permits.10

When frustration of purpose is invoked, a court will consider the following:
The court in Wroblesky analyzed the terms of the lease, along with the facts of the case, and determined that the doctrine was inapplicable. For example, the force majeure provision expressly excluded the tenants’ obligations to make payments of rent from being excused by reason beyond its control and therefore reflected the intent of the parties that nonpayment of rent would constitute a breach of the lease notwithstanding the tenants’ failure to obtain required licenses or permits.14

Third, the tenants argued that their performance under the lease was excluded based on Impracticability Due to Government Action. However, governmental interference cannot excuse performance under a contract unless it truly supervenes in such a manner as to be beyond the assumption of risk.15  In order to excuse performance under the contract, the contingency must be unforeseen and unusual.16 The court determined that the language of the lease itself made clear that the parties expressly allocated the risk of any government delay in the issuance of a liquor license or permit on the tenants.17

While the court ultimately found for the landlord, the decision in Wroblesky provides a good reminder for landlords to carefully review and analyze the provisions within their leases with the assistance of legal counsel. The rights and obligations of the contracting parties are dependent on the specific language used. Whether a tenant will be excused from performance may ultimately be determined by the specific lease provisions themselves. Landlords can protect themselves from loss by ensuring that the terms of the lease clearly set forth the intent and obligations of the parties.

Collections training manager Nikkia Hamler has been with the Weltman firm for over 20 years. She recently participated in Provanas webinar Speech Analytics 2.0: Finally! Objective Metrics For Your Contact Center.
END_OF_DOCUMENT_TOKEN_TO_BE_REPLACED
Insights / 12 January 2022

Get the latest articles and news delivered to your email inbox!
END_OF_DOCUMENT_TOKEN_TO_BE_REPLACED 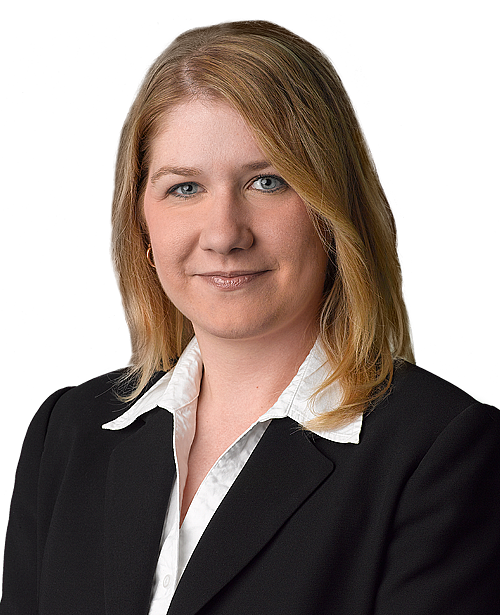